Going on Submission (Now With Scorpions)

The first rule of Sub Club is you do not talk about Sub Club. So there’s not as much out there about the process as there is about querying. While I was on sub, I know the posts other writers who’d gone through the process made about it were a lifeline for me, so I vowed I’d write my own once I was safely through that dark valley.

Here is that post. I’m not sure how actually helpful it is, per se, but I hope you enjoy it.

Congratulations! Your novel is going on submission! Are you excited? Are you SUPER EXCITED? Are you bouncing up and down because this could be it, and your novel could FINALLY be published?

You fool. You sweet summer child.

No, actually, really, you SHOULD be excited. Because this COULD be it! And you should be proud. You’ve made it so far, and you have a really awesome book. You’ve done a ton of work, your agent loves it, and you’re finally ready to BE THROWN INTO THE ARENA BLINDFOLDED WITH ONLY A TOOTHBRUSH TO DEFEND YOU FROM A DOZEN GIANT SCORPIONS—

Whoops, wait, no, it’s fine. It’s totally fine. It’s not like that at all.

Mostly, it’s not like that because you don’t even get to be in the arena. You’re sitting outside, nervously munching popcorn, with no idea AT ALL how your book baby is doing in there with that toothbrush fighting those scorpions.

(Also, I should say here that editors are not at all like scorpions, and actually are very nice people who love books and don’t want to crush your soul at all. It’s probably more accurate to imagine that arena is full of frolicking kittens. But that’s not nearly as dramatic, so we’re going with scorpions for now, and also, the point is you’re stuck outside the arena eating popcorn, so YOU DON’T EVEN KNOW. They could be unicorns. The arena could be empty. IT’S A MYSTERY.)

And here’s the thing. You sit there with your popcorn, and you wait.

The silence drives you crazy within hours, but unless you’re very lucky, you have to wait for months. And there is nothing you can do to make it go faster.

DO NOT TRY TO UNDERSTAND THE SILENCE. You will want it to mean something. You want its horrific eternity of torment to have some hidden signal or significance. Maybe you’re not hearing anything because the editors loved it and are getting more reads…Or maybe because they’re totally unenthused and put it at the bottom of their pile… Or because your agent doesn’t want to hurt your feelings… Or because THE GIANT SCORPIONS ATE YOUR AGENT OH NO WHAT IF SHE NEEDS RESCUING…

What you SHOULD be doing, everyone will tell you, is writing the next book. That way if your book is getting really tired fighting those scorpions, you’ll have fresh, maybe better-equipped reinforcements ready to throw in there.

But if you can’t manage that, go find something else to obsess about. Something that will consume your life. Buy a house, or have a really pressing work deadline, or get a puppy, or something. You want to be so distracted running around putting out fires (Hey! Maybe literally! You could become a firefighter! They get awesome hats!) that you forget you’re on sub, even for one brief, fleeting, precious moment now and then.

(Probably writing the next book is best. Do not use this blog post as an excuse to get a new puppy even though your spouse/mom/landlord says you can’t.) (Actually, puppies are awesome, so I’m not judging.)

Here is the secret. Here is the one and only thing the Silence means. Are you ready? Can you handle the deepest and most profound mystery of authordom? 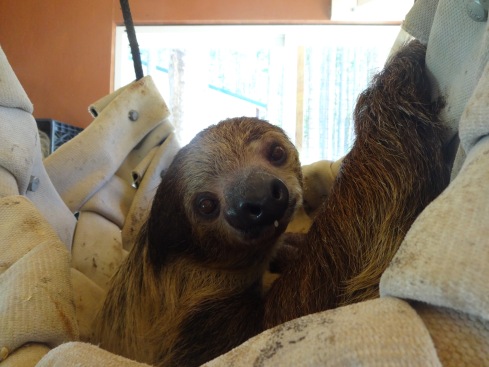 That’s all. There is no deeper significance. It’s just slow.

Eventually, your agent will come by with a nice lemonade slushie and more popcorn and the halftime score. The score may be something simple, like SCORPIONS: 4, YOUR BOOK: 0. Or it may be more complex, with feedback or agonizing IT WAS SO CLOSE details like making it to acquisitions before facing the poisonous tail-barbs of defeat.

Suffice to say you’ll almost certainly get rejections first, and that’s totally NORMAL AND FINE. IT’S FINE. EVERYTHING IS FINE. Do you know why?

Because only one thing can end your journey toward publication. And that’s you giving up.

If not this book, the next book. If not that one, the one after that. YOU ARE AN UNSTOPPABLE FORCE. You’ve made it this far; you have to be.

Someday your agent will come back from the arena with a huge smile and good news about your book’s stunning victory. You will enter the arena at last, toothbrush held victoriously aloft. You will fight side by side with the scorpions (or kittens, or unicorns, or whatever they turn out to be), carrying your  book on to its next battle: publication. It will be AWESOME. Bring snacks.

I’m cheering you on in the stands.

Fantasy author of the Swords & Fire trilogy: THE TETHERED MAGE (Orbit, 2017), THE DEFIANT HEIR (Orbit, 2018), and THE UNBOUND EMPIRE (Orbit, 2019), as well as the Rooks and Ruin trilogy, beginning with THE OBSIDIAN TOWER (Orbit, 2020). Melissa's debut, THE TETHERED MAGE, was shortlisted for the Gemmell Morningstar Award in 2017. Melissa loves tea, adventure, and the great outdoors, and has been known to swordfight in ballgowns. She lives in Massachusetts with her husband, two superlative daughters, and assorted pets. Represented by Naomi Davis of BookEnds. END_OF_DOCUMENT_TOKEN_TO_BE_REPLACED
This entry was posted on Wednesday, September 28th, 2016 at 4:05 pm and tagged with On Sub, Publishing, Scorpions, Sloths, Submission and posted in Uncategorized. You can follow any responses to this entry through the RSS 2.0 feed.
« The Best Birthday Present Ever
Breaking a Scene List into Arcs »