Shortlisted for the Gemmell Morningstar Award

In the Raverran Empire, magic is scarce and those born with power are strictly controlled—taken as children and conscripted into the Falcon Army. Zaira has lived her life on the streets to avoid this fate, hiding her mage-mark and thieving to survive. But hers is a rare and dangerous magic, one that threatens the entire empire.

Lady Amalia Cornaro was never meant to be a Falconer. Heiress and scholar, she was born into a treacherous world of political machinations. But fate has bound the heir and the mage.

And as war looms on the horizon, a single spark could turn their city into a pyre. 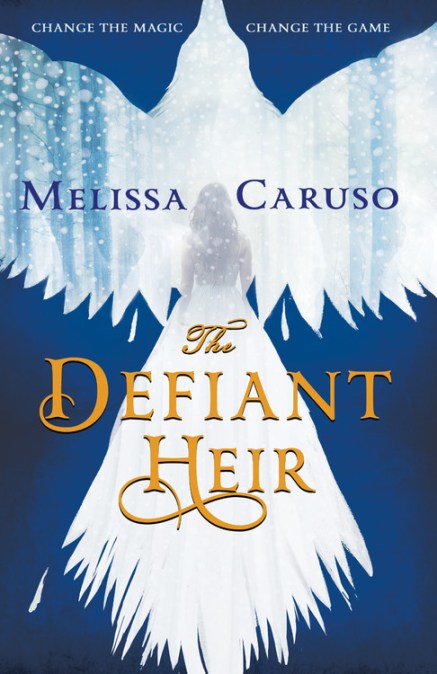 Across the border, the Witch Lords of Vaskandar are preparing for war. But before an invasion can begin, they must call a rare gathering of all seventeen lords to decide a course of action.

Lady Amalia Cornaro knows that this Conclave might be her only chance to smother the growing flames of war, and she is ready to make any sacrifice if it means saving Raverra from destruction.

Amalia and Zaira must go behind enemy lines, using every ounce of wit and cunning they have, to sway Vaskandar from war. Or else it will all come down to swords and fire.

BREAK THE MAGIC, BREAK THE CYCLE

While winter snows keep the Witch Lord Ruven’s invading armies at bay, Lady Amalia Cornaro and the fire warlock Zaira attempt to change the fate of mages in the Raverran Empire forever, earning the enmity of those in power who will do anything to keep all magic under tight imperial control.

But in the season of the Serene City’s great masquerade, Ruven executes a devastating surprise strike at the heart of the Empire – and at everything Amalia holds most dear.

To stand a chance of defeating Ruven, Amalia and Zaira must face their worst nightmares, expose their deepest secrets, and unleash Zaira’s most devastating fire.

Coming in June 2020 from Orbit Books

The Obsidian Tower begins a bold new epic fantasy trilogy in which the broken magic of one woman will either save an entire continent-or completely destroy it.

As the granddaughter of a Witch Lord of Vaskandar, Ryx was destined for power and prestige. But a childhood illness left her with broken magic that drains the life from anything she touches, and Vaskandar has no place for a mage with unusable powers. So Ryx has resigned herself to an isolated life as the warden of Gloamingard, her grandmother’s castle.

At Gloamingard’s heart lies a black tower. Sealed by magic, it guards a dangerous secret that has been contained for thousands of years. Until one impetuous decision Ryx makes leaves her with blood on her hands—and unleashes a threat that could doom everything she loves to fall to darkness.